A previously unreleased conceptual design of a new $20 note that was produced by the Bureau of Engraving and Printing and obtained by The New York Times depicts Harriet Tubman in a dark coat with a wide collar and a white scarf. This preliminary design was completed in late 2016.

The Trump administration’s indefinite postponement of this redesign is offensive to women and girls, and communities of color, who have been excitedly waiting to see this woman and civil rights icon honored in this special way.

Women On 20s is a non-profit, grassroots organization which aimed to compel historic change by convincing President Obama and the Secretary of the Treasury to put a woman’s face on our $20 banknote. (source: women on 20s)

In 2012, Women on 20s held an online “primary” election where the public voted for three of 15 candidates, including influential women such as Sojourner Truth, Susan B. Anthony, Clara Barton, and Betty Friedan. The second round of elections narrowed the 15 women down to four finalists: Eleanor Roosevelt, Harriet Tubman, Rosa Parks, and Cherokee Nation chief and Native American activist Wilma Mankiller. 600,000+ people voted, and abolitionist and humanitarian, Harriet Tubman, emerged victoriously. (source: History.com)

Though the Department of Treasury was slated to update the $10 bill with images of women, the Women On 20s activist group pressed for a larger, more significant denomination replacing Andrew Jackson. In April 2015, Senator Jeanne Shaheen of New Hampshire added her congressional support by introducing the Women on the Twenty Act to Congress, which called for the formation of a panel of citizens to come up with a recommendation for which woman should appear on the $20. On May 12, 2015, the organization presented a petition to President Obama and the Treasury Department encouraging Secretary of the Treasury, Jacob Lew, to leverage his authority to update the $20 bill in time to have a new bill in circulation before the 100th anniversary of women’s suffrage in 2020.

“I would love to leave Andrew Jackson and see if we can maybe come up with another denomination `{`$2 bill`}`… I think it would be more appropriate.”

April 20, 2016, CNN Money announced that after months of debate and controversy over how to incorporate a woman’s portrait onto the $10 bill, Treasury Secretary Jack Lew announced plans to redesign the $10, $20 and $5 bill. All three denominations were to have a female presence. The headlines read:

Alexander Hamilton will stay on the front of the $10 bill, and Harriet Tubman will boot Andrew Jackson from the face of the $20.

Fox News reported that President Trump halted plans for placing abolitionist Harriet Tubman on the $20 bill by expressing admiration for “slaveowner” President Andrew Jackson, the current face on the currency.

On Don Lemon’s “CNN Tonight” telecast, Lemon played a video clip of then-candidate Trump saying that he’d “love” to leave Jackson on the $20 bill and suggesting that Tubman could instead go on the $2 bill, calling the Obama-era Tubman plan “pure political correctness.” (source: Fox News)

In April of 2016, Treasury Secretary Jack Lew announced that redesigns for the $20, $10, and $5 bills would honor civil rights and women’s rights icons: Harriet Tubman, Alice Paul, and Marian Anderson, the new notes set to debut by 2020, 100 years after women gained the right to vote.

But now, according to the Treasury Department, the Trump administration is tabling that promise.

“I guess that’s not surprising considering Trump is known to be a fan of Jackson. He praises him in interviews and on Twitter. He even added a portrait of Andrew Jackson to the Oval Office when he became president.”

So what’s wrong with the paper-money-hating Andrew Jackson as the face of the $20 bill? After all, that’s how it’s been since 1928. But Jackson was not just a slave owner, but also hostile to uprising forces of abolitionism. He imposed a cruel policy of Native American removal, forcing the tribes of the Southeast across a brutal, often fatal trek to the Oklahoma territory. According to Politico, Jackson was a hot-headed general, quick to violence and known to overstep his legal bounds, as when he summarily executed two Britons for aiding the Indian enemy during the First Seminole War.

And Trump worships him.

“Nobody really thinks that Bush or McCain have a real answer for the challenges we face. So what they are going to try to do is make you scared of me. You know he — oh, he’s not patriotic enough. He’s got a funny name. You know, he doesn’t look like all of those other presidents on those dollar bills.”

When Barack Obama first ran for president, he joked that he didn’t “look like all those other presidents on those dollar bills.” Isn’t it far past time for our currency to bear the faces of African Americans, and women, at that? While American history attempts to revise itself continually, it is understandable that many Americans may wish to hold onto some traditions deemed sacred, no matter the cost. But history tends to reflect the bias of the historian, and the truth of the matter is that Jackson, while lauded as an American hero and forefather of American democracy, was in many ways an abhorrent man. While it is possible to acknowledge the flaws while uplifting the contributions, grappling with such paradoxes and contradictions is what distinguishes history from moralism. It stands to reason that the latter has, quite possibly, kept this man on our money.

There are 14 memorials to Harriet Tubman in the United States (I’m including her own grave). There are 1,503 publicly-supported memorials and monuments to the Confederacy.

Let that breathe for a moment.

“So Harriet Tubman, the American hero who risked her life to free slaves, should get the $2 bill that hasn’t been printed in years, and Andrew Jackson, the owner of slaves who is known for the policies that lead to the deaths of countless of Native Americans, should stay on the 20?”

The Obama administration announced in 2016 that it planned to replace Andrew Jackson with Harriet Tubman, the historic American icon who helped free slaves through the Underground Railroad. The new $20 bills were slated to be unveiled in 2020.

WASHINGTON — Extensive work was well underway on a new $20 bill bearing the image of Harriet Tubman when Treasury Secretary Steven Mnuchin announced last month that the design of the note would be delayed for technical reasons by six years and might not include the former slave and abolitionist.

Americans are deeply disappointed with the intentional postponement, if not cessation of the new $20 bill, which was to be the first to bear the face of an African-American. According to The NY Times, this decision would push completion of the redesign beyond Trump’s time in office, including that of a possible second term, stirring speculation that Trump intervened to keep his favorite president, Andrew Jackson, a fellow populist, on the front of the note.

“Let me assure you, this speculation that we’ve slowed down the process is just not the case.” — Mnuchin, speaking on the sidelines of the G-20 finance ministers meeting, Japan

we’re proud to outfit you in some of the dopest heritage apparel and premium streetwear in the game. many items are limited, so collect your favorites before they disappear.

“I never thought it would take off in the way it has, but I’m very glad that so many people have responded to it with such passion.”

There are mixed sentiments concerning the motivations behind halting the new designs both within and off Capitol Hill. And in the meantime, people are designing their own versions of the Harriet Tubman $20 bill. In 2017, artist, Dano Wall, created a rubber stamp of Harriet Tubman to repurpose the current Andrew Jackson-bearing $20s. He began stamping and entering them into circulation as a form of peaceful protest against the decision to halt the circulation of the Tubman 20s.

“My goal when I started making Tubman stamps was to get 5,000 made and into people’s hands, as this seemed at the start like a goal of sufficient ambition as to put it almost out of reach, but not quite,” Wall said. “I now have over 6,000 people who’ve signed up to be notified when more stamps go into stock, so I will likely eventually pass that goal,” said Wall.

According to CNN, Wall sold more than 600 stamps on Etsy, and is currently out of stock, but his instructions on how to make your own stamp have been downloaded more than 5,000 times. Two “stamping stations” in New York City are listed on his website.

“I never thought it would take off in the way it has, but I’m very glad that so many people have responded to it with such passion,” —Wall.

How about writing “HARRIET TUBMAN” across Jackson’s face on every $20 bill that passes through our hands? #resist pic.twitter.com/ZFksm8Sh7V

And, yes, it still works in a vending machine.

This will not deface currency, “…with intent to render such item(s) unfit to be reissued…”

I intend to spend the #Tubman20! pic.twitter.com/BJ75mhOaCo “Black history is American history, and we’re not satisfied with the perpetual deferment and blatant disrespect historically and systemically wrought upon marginalized, melanated men and women, particularly.”

Representation matters. Black history is American history, and we’re not satisfied with the perpetual deferment and blatant disrespect historically and systemically wrought upon marginalized, melanated men and women, particularly.

So we, too, have taken matters into our own hands. sixnineteen set about designing and memorializing Ms. Tubman in a bold, empowering way. We celebrate a true American shero with a fearless, no-nonsense portrait of the abolitionist, handmade and created by Wisdom Tucker Harris™ for sixnineteen. This is our own vision of what we imagine the new and improved $20 could look like. We encourage you to #applypressure by wearing the Freedom T-Shirt proudly and toting everything (or nothing) in your Money Bags Weekender, both featuring our proud portrait of Harriet Tubman, until we finally get our Big Face Tubmans. 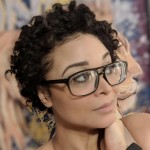